Yesterday evening I visited KD’s Elvis Presley Museum, a private museum dedicated to 50s and 60s rock’n’roll. The museum is owned and run by Kevin “KD” Wasley. As the brochure states, KD “has been an avid collector of Elvis records and memorabilia since 1959. Born in Hawera, painter and paperhanging contractor by trade, but his pride and joy is the Elvis Presley Museum.” The museum can be found in the converted garage of his home in Hawera on New Zealand’s north island. 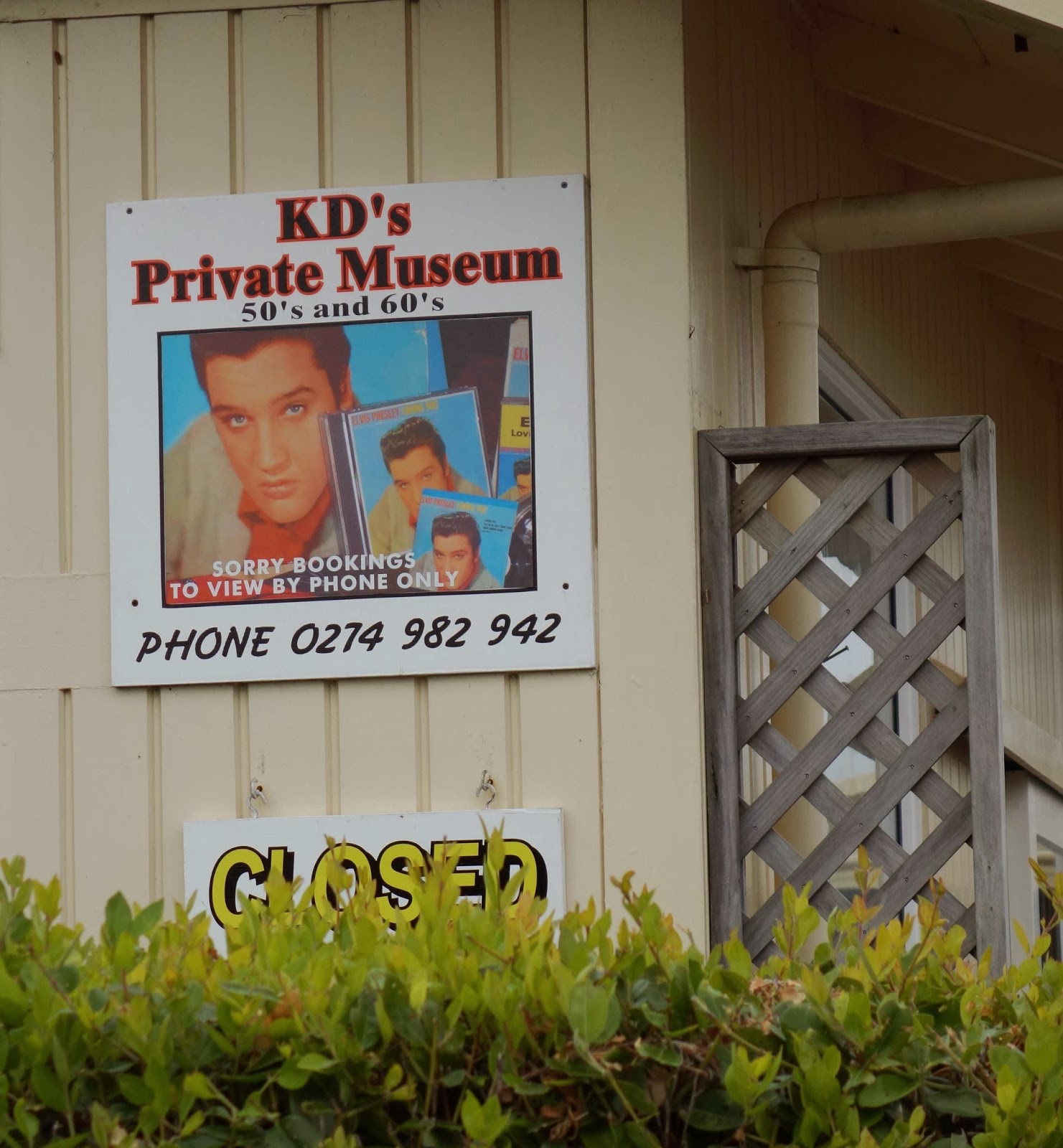 While the museum is most definitely focused on Elvis, or more accurately Elvis memorabilia, it also tells the story, through objects, of KD's engagement with rock’roll throughout his life. For example the collection includes the devices on which he played music in his teenage and adult years, thus demonstrating the development in music players across time, as well as the display of boots and jackets from his days immersed in New Zealand’s rock’n’roll scene. These kinds of additions would make the museum of interest to those who are not necessarily Elvis fans. Indeed, the sheer amount and variety of Elvis-related ephemera on display would be of relevance to anyone interested in popular music in that the collection demonstrates the imagination of those involved in merchandising celebrity artists. 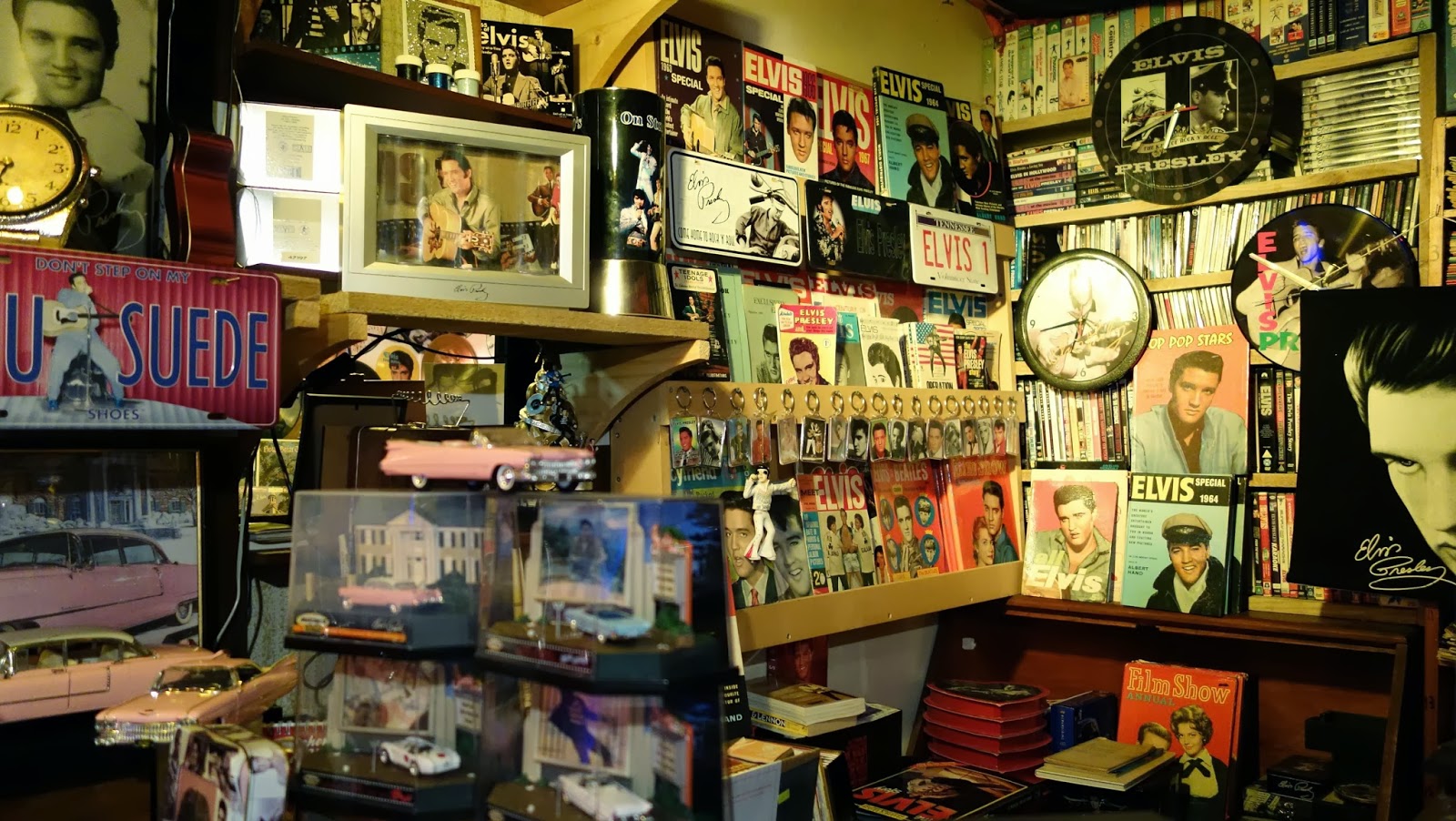 There is a lot to see here. The garage consists of two rooms but it is jam packed floor to ceiling with every kind of memorabilia imaginable. The back room is dedicated to Elvis recordings and includes the record that started KD’s collection. KD has something along the lines of 4,000 recordings, in addition to a plethora of paraphernalia such as concert tickets, photographs and autographs as well as all kinds of merchandise. 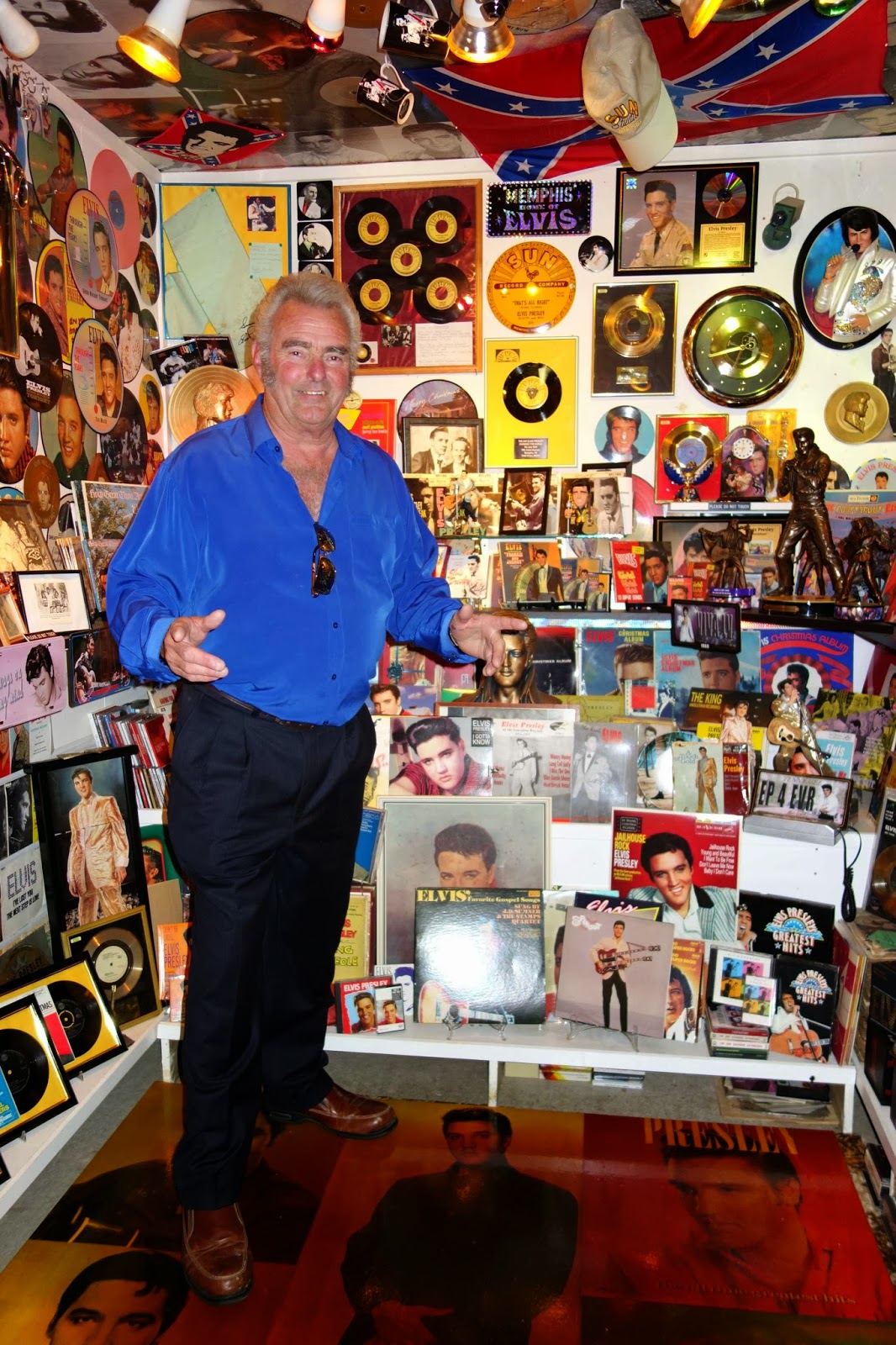 Unlike many of the other people I have interviewed for this research who give their time to these museums and archives in their retirement, KD is still employed as a painter decorator and so the museum is something he dedicates his spare time to. As a result the museum is open to the public but only by appointment.


If you are ever in this part of New Zealand it would be worth making a visit - even the Lonely Planet guide thinks so. This is a museum run with a lot of love, passion and dedication, plus KD tells a good story. Entry is free but be sure to leave a generous donation. As a privately owned museum the usual funding streams that DIY archives and museums apply for are not open to the likes of KD and so the running of the museum depends on visitor donations.
Posted by Sarah Baker at 11:00 am