I'm writing this during a layover at Washington Dulles airport, having arrived this morning from Rhode Island en route back to Australia following a successful two weeks of fieldwork. I was in Rhode Island to visit the Rhode Island Music Hall of Fame. Located in Pawtucket, the Hall captures "the Ocean State's rich musical history".

The Hall of Fame began inductions in 2012, with the third year of inductions happening next month. It's physical presence consists of sign-written metal panels adorning the arches of the wide hallway of Hope Artiste Village, a former industrial building (Pawtucket being the site of the Industrial Revolution's beginnings in the United States). One of these panels is an audio station where visitors can listen to music from the inducted artists. Due to the nature of the multi-use building these panels can be viewed daily. 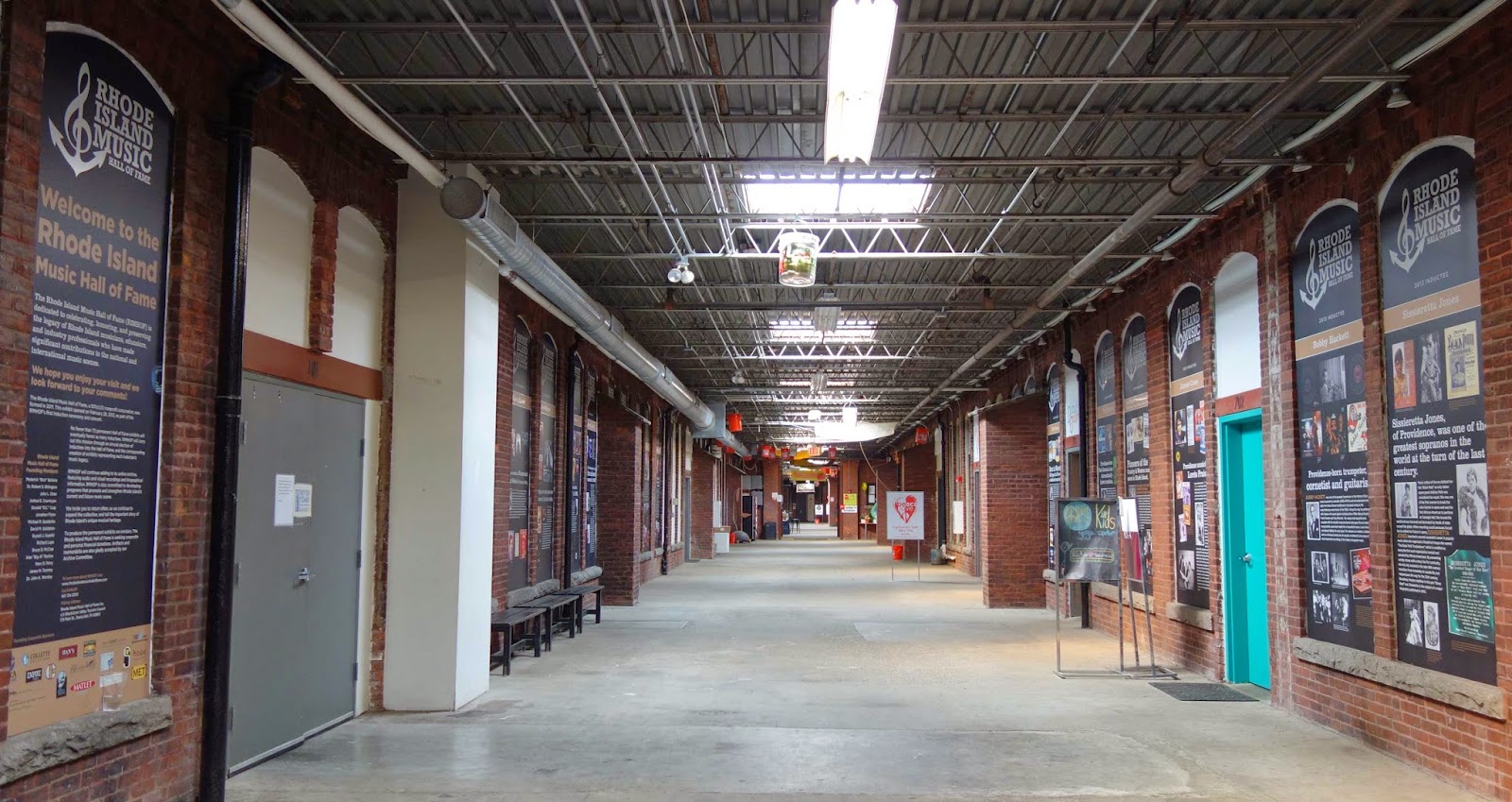 While in Pawtucket I interviewed Rick Bellaire, head of the Hall's Archives Committee, and his fellow board member Rudy Cheeks. For two hours we talked all things music and I heard a lot of interesting stories about how both men came to be involved in the Hall (as well as a whole bunch of other stories that can't be repeated here!).

As with many of the Archives and Museums I've visited for this project, the Hall had a long genesis in coming to the point it is now. Unlike the Sarasota Music Archive and the Heart of Texas Country Music Museum, the two other research sites I visited during this US trip which both have a long history (see earlier posts), the physical realisation of the Rhode Island Hall of Fame is still in its infancy. The panels in the Hope Artiste Village are just the beginning of a vision to secure a space where 3D curated exhibits can be permanently housed. 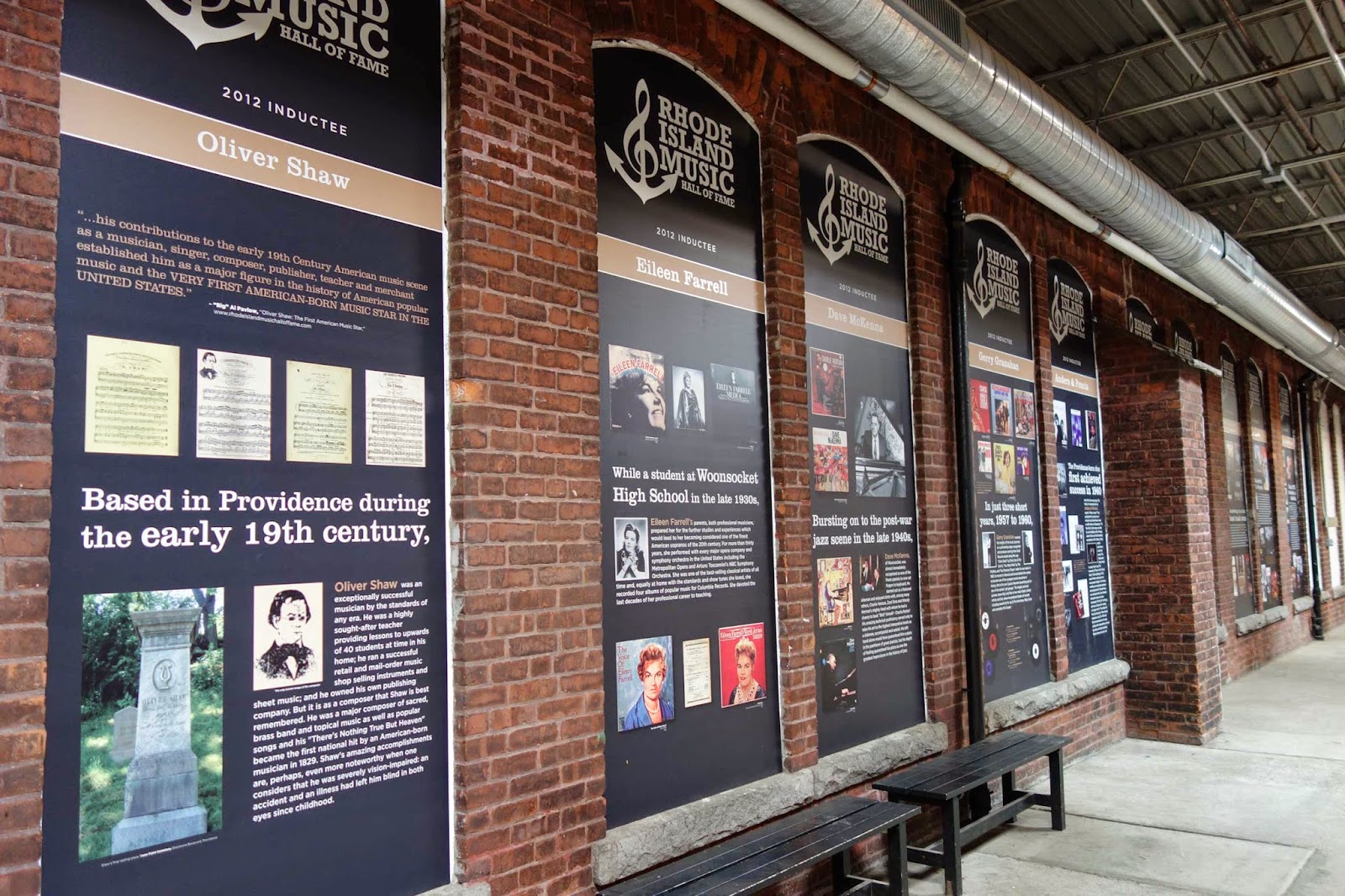 The archive that will form the basis for the future museum exhibits currently consists of the personal collections of three Rhode Island music specialists, one of these being Rick. In addition, donations are being selectively accepted if they can be accommodated storage-wise. This is an important step as Rick and Rudy explained that key artefacts in the State's musical history are being lost - with a key contributor to this being record companies. Stories of destroyed masters in the wake of mergers and deletion of older titles due to lack of sales will litter the transcript of this interview.

The Hall also looks to existing archives for the current inductions and related panels including those of the Historical Society and the special collections at Brown University.

The future for the Hall looks to be very exciting. What they need now is space and funding - two things desired by all the volunteer-run archives, museums and halls of fame I've visited to date.
Posted by Sarah Baker at 2:00 pm